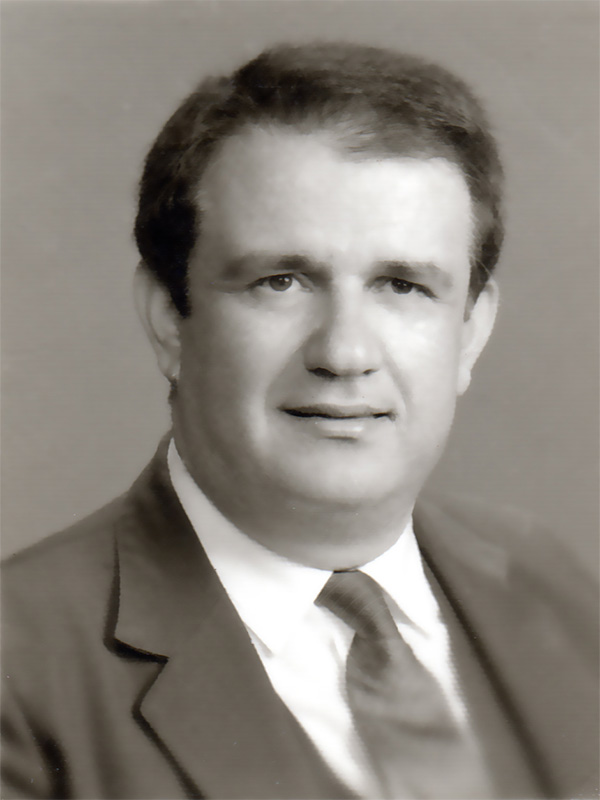 Born in Machghara, Lebanon, on February 17th 1935, Simon Karim El-Hajjar was the eldest in a family of five children. His family owned a leather production company, and he became a master leather craftsman by the age of eight; he helped his father Karim Habib El-Hajjar every day after school.

When his father died in 1950, Simon found himself the head of his family at the tender age of 15. The family business closed down due to arising family circumstances, and Simon acquired work in Beirut, as an accountant. In the meantime, Simon attended night school where he acquired degrees in accounting and journalism.

In 1959, while pursuing correspondent classes in architecture, Simon developed another passion: construction. Taking out a mortgage from Banque Pharaon et Chiha, he and his brother Samir El-Hajjar officially founded a new family business, El-Hajjar Enterprises, for the construction of their first building “Al-Arz”.

Thus started the El-Hajjar Saga, in 1971, Simon built the Melkart Hotel and established its management; the hotel was to become a great success, receiving further expansion and focus from the company.

In 1976, at the dawn of Lebanon’s civil war, El-Hajjar Enterprises moved to the Gulf. There, its expertise in construction deepened, and it took on the manufacture of the building materials such as aluminum,concrete, scaffolding and elevators. Furthermore, H.E.C’s built a shopping center and apartment building in Dubai.
In 1980, Simon El-Hajjar moved to Saudi Arabia, building Bisha and Al Hefa schools.
In 1995, while playing backgammon with his friends, Simon passed away laughing.
Today, 15 years after his death, Simon Karim El-Hajjar’s Legacy lives on. He has left buildings that stood tall against civil war that lasted almost two decades.
Simon El-Hajjar was a high achiever.He was a pioneer in acquiring the latest technologies of his time, from internal inter phones in the 1960’s to television-operated inter phones. And in the 1970’s, he set out to import his own marble and granite from Italy and pursued inventive ways of endowing his buildings with the best quality throughout his career.
Simon left this word a much-loved man whose words and actions commanded respect from everyone who knew him.
Life continues as Simon’s son Karim carries the torch of passion and vision, inheriting at heart the knowledge and experience passed on from his ancestry, his parents.

H.E.C Co-Founder Samir Karim El-Hajjar was born in Mashghara (Bekaa) in 1941. It was his father’s answer to a question he had asked at age 7 that permanently set him on the path of building. The response to his inquiry about the family name’s meaning - “our ancestors chiseled stones and built houses for people to live in” - practically paved the way. When his father died in 1950, Samir and his family moved to Beirut, where he joined renowned Good Shepherd School in Achrafieh.

One day in 1950, on hearing a woman crying and finding out that her house was mortgaged and about to be auctioned off by the mortgage-holder, he spent the night thinking about his family. His father’s words reminded him of his vocation: “El-Hajjar builds houses of stones”. Next morning, he suggested that his mother and brother Simon construct a building on the lady’s property, sell the apartments, and assist the afflicted family.

The two young brothers headed to the mortgage-holder and successfully negotiated debt postponement, arguing that they wished to construct a building on the land.
Thus, the building was erected, the debt was paid in full, and the family, who dreamed of preserving its only house, instead received three apartments which continue to generate revenue to the present day.
In December 1969, when Israel drove Lebanon to a harsh economic crisis by pounding MEA aircraft, Samir boarded a plane and headed to Canada. There he founded a food trade center. Though he made considerable profit, his nostalgia for construction resurfaced.
In 1971, Samir reunited with his brother in Lebanon, and together, they constructed one building and one hotel after another, building the Skyline and the Atlantic Hotel in Raouche, the Melkart Hotel in Ramlet Al-Baida and another building on the premises of the hippodrome. Yet with the onset of the civil war in 1976, the brothers reluctantly headed to the Arab Gulf. Discovering that their reputation had preceded them there, they immediately launched business. Their achievements included a port and many buildings, among them the first in Dubai to be equipped with electrical stairs.

In the early 1980’s, the El-Hajjar brothers returned to Lebanon and build the El-Hajjar Center 65 in Sioufi. From 1982 to 1987, as the civil war crisis intensified, Samir and his brother started alternating between Canada and Lebanon. Finally, in 1987, Samir settled in Beirut, despite continued shelling and began construction on the Bella Vista in Ain Saade. To this day, Samir continues to actively construct in Lebanon; his mark is present throughout the El-Hajjar buildings.
Samir’s story, like his projects, is never-ending. Among many other initiatives, he rented a marble quarry inTurkey for imports to Lebanon and Arab countries, and he bought and sold a land to a company on which it constructed the Gatineau commercial store in Canada in 1983. When asked, “What’s next?” he said: “The best buildings are those we haven’t constructed yet, and those whose ideas haven’t been born. Have you seen the projects under implementation by Karim and Samer?” Samir’s story is the story of several El-Hajjar generations - of a heritage of welfare, hard work, and construction.